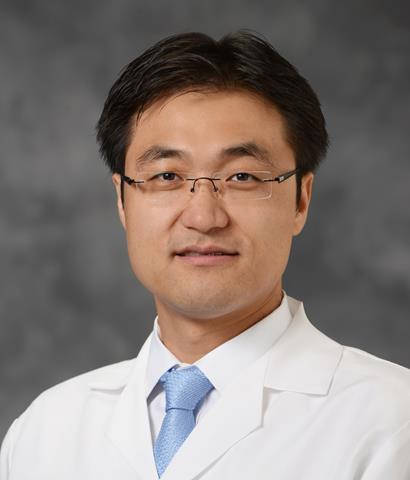 The above YouTube video is a part of “Mini-Symposium on Retinal Prostheses” which was virtually hosted at Stanford University. 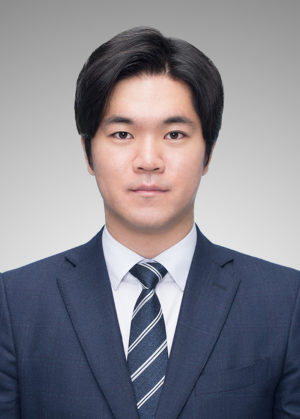 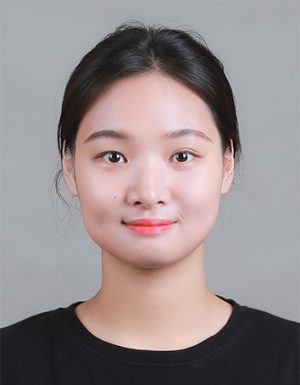 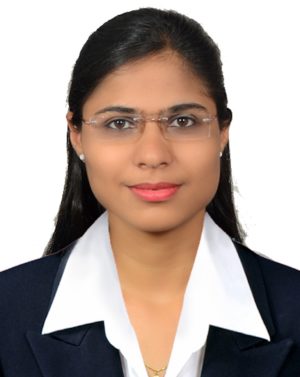 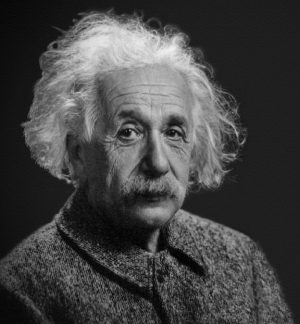 We are looking for prospective graduate students who are eager to learn something multidisciplinary and to contribute to the field of neural prosthetics. Please e-mail your CV to Maesoon at maesoon.im@kist.re.kr

We are recruiting passionate graduate students! 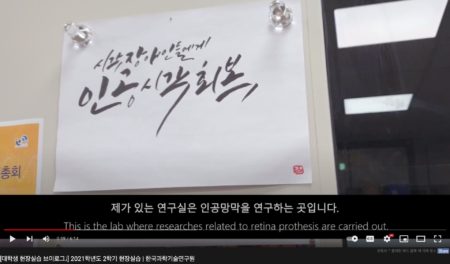 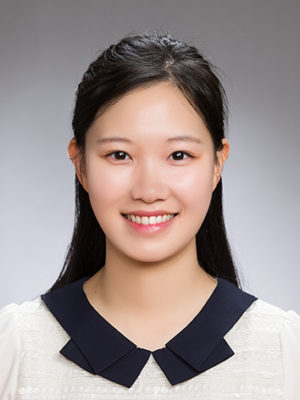 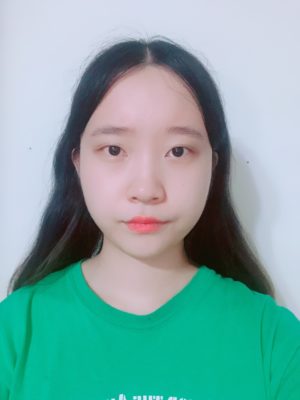 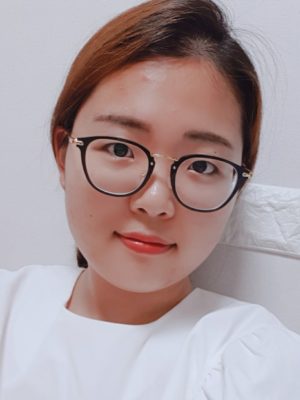 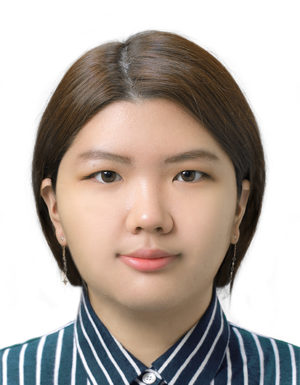 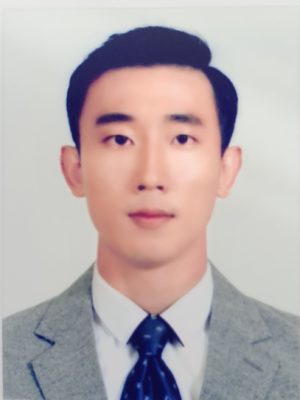 We are looking for prospective research interns who are eager to learn something multidisciplinary and to contribute to the field of neural prosthetics. Please e-mail your CV to Maesoon at maesoon.im@kist.re.kr 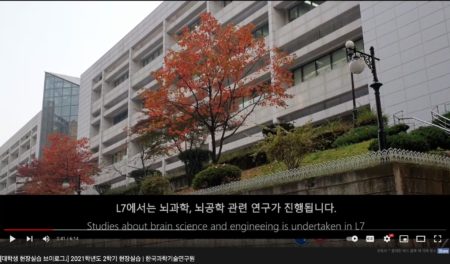 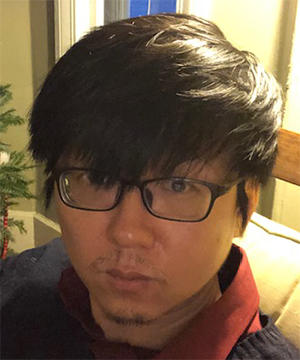 Postdoctoral Researcher (May 2016 – Jul 2018, when the lab was at Henry Ford Health System)
CURRENT POSITION

Optimization of MATLAB code for artifact removal and spike detection 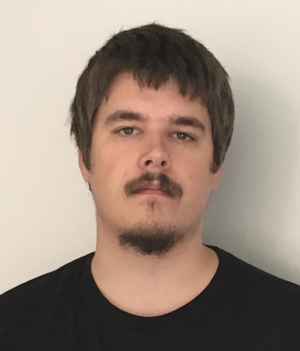 Creation and modification of human perceptual, sensational and cognitive capabilities 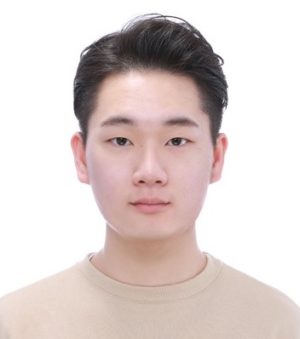 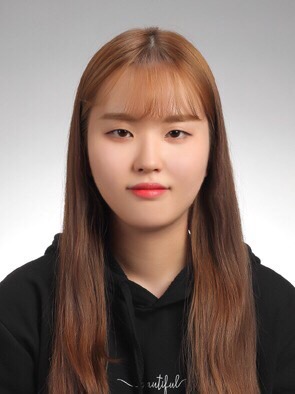 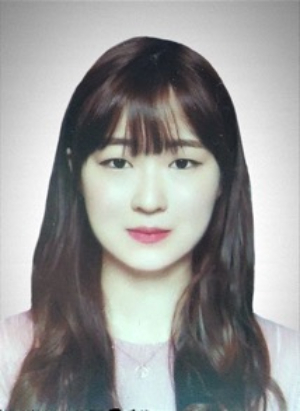 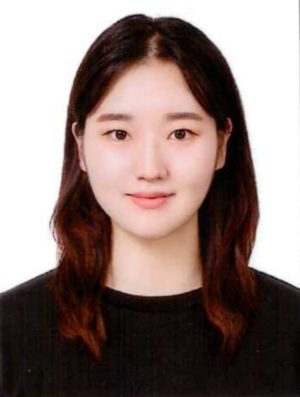 Our main research topic is retinal prosthetics, which is a specific research area of neural engineering. The field of retinal prosthetics is at the intersection of electrical engineering and neuroscience, particularly microfabrication/BioMEMS and retinal neurophysiology. As one of neural prosthetics, microelectronic retinal prosthetic systems (a.k.a bionic eye) have restored some level of useful vision to individuals blinded by retinitis pigmentosa (RP) or age-related macular degeneration (AMD). At this moment, there are three bionic eye systems (Argus II of Second Sight, Alpha-AMS of Retina Implant, IRIS of Pixium Vision) are commercially available around the world. But, the best performance is still sub-optimal and far away from normal vision. For significantly enhanced artificial vision (e.g. improved spatial resolution), a technical breakthrough should take place in implantable microelectrode arrays using microfabrication technologies. However, the limited performance of existing state-of-the-art devices suggests a game-changing innovation requires much deeper understanding of the retina. Our previous works (Im and Fried, J. Physiol., 2015; Im and Fried, J. Neural Eng., 2016; Im et al., J. Neural Eng., 2018; Lee and Im, J. Neural Eng., 2018; Lee and Im, IEEE TNSRE, 2019) have substantially increased our understanding of properties of retinal neurons in response to electric stimulation. We are eager to develop advanced next-generation retinal implants using new insights obtained from those studies as well as our expertise in micro-/nano-fabrication.

Following is the YouTube link of my talk which was given at Mini-Symposium on Retinal Prostheses virtually hosted at Stanford University.

<Some links about bionic eye>

Four technologies that could transform the treatment of blindness (Nature)

The eventual objective of our long-term research is to promote the quality of health care by integration of electrical engineering and neuroscience. For example, the insights from our research in the retina are likely to be applicable to other parts of the central nervous system (CNS). Therefore, our future research will be expanded to more diverse applications such as visual cortex stimulation for other types of vision loss, deep brain stimulation (DBS; What is DBS? – youtube; Before & After DBS – youtube) for neurological disorders, and spinal cord stimulation (a.k.a bionic spine; Paralysed Rats Made to Walk Again – youtube) for movement disorders. Research methods similar to those we have performed in the retina can be carried out to reveal mechanisms underlying electrically-evoked responses arising in the aforementioned parts of CNS. Also, novel implantable electrode arrays can be developed for those applications.

To make electrically-elicited artificial vision more ‘natural’, it is essential to understand response patterns arising from complex ‘natural’ stimulus in each type of retinal ganglion cells (RGCs). Typically, however, high contrast spot flashes and moving bars have been used for analysis of RGC responses. In contrast to these laboratory stimuli, our visual world is remarkably complex. During the study of their responses to natural movies, we found an interesting feature of directionally selective (DS) ganglion cells; The DS ganglion cells of the retina respond preferentially to movement in a preferred direction, but under laboratory conditions, they are also sensitive to changes in the luminance. This raises the classic problem of how the cells can reliably signal the direction of motion if the responses are confounded by both direction and luminance. Thus, during situations in which both stimuli are found, e.g. natural viewing, the brain must determine if a given burst of spikes carries information about motion or about luminance. We developed a method to separate motion and luminance responses and found that in striking contrast to much previous work, luminance responses in DS cells are strongly suppressed during natural viewing (Im and Fried, Sci. Rep., 2016). As a result, spiking from the DS cell conveys a relatively pure signal of direction to be transmitted to the brain and downstream processing is greatly simplified. This study assured that RGC responses to natural stimuli are markedly different from those to laboratory stimuli. We are going to explore the retinal neural circuitry to better understand how this complex computation is possible.

During my postdoctoral training at the University of Michigan, I had worked on a more advanced MEMS device with a neural engineering application. For selective excitation of genetically modified neurons using accurately transmitted light (i.e. optogenetics), I had fabricated neural probes with monolithically integrated optical waveguides (Im et al., IEEE MEMS, 2011; Im et al., IEEE EMBC, 2011; Fan et al., J. Neural Eng., 2013). Those neural probes also have integrated microelectrodes for recording neural activities as a precise tool for neuroscience studies. Prior to this type of research, neuroscientists used to manually attach a chemically-thinned optical fiber onto neural probes. It was a good example showing that MEMS devices can provide an enabling technology to neuroscientists for more accurately controlled experiments. During that time, I realized that micro-/nano-fabrication expertise could contribute even further to neuroscience if micro-/nano-fabrication engineers gain fundamental understandings and direct research experience with a specific topic.

We are currently seeking exceptional candidates who would share our passion for impactful research. Our lab is studying Neural Engineering for various neural prosthetic applications such as retinal implant which aims to restore sight to blind individuals. The field of Neural Prosthetics is at the intersection of Electrical Engineering and Neuroscience. Given the multidisciplinary nature of our research, the lab is open to passionate candidates from diverse disciplines. If you are interested in joining our lab, please email Maesoon at maesoon.im@kist.re.kr